Nordic Hydrogen Route is an initiative between Gasgrid Finland and Nordion Energi to accelerate the creation of a hydrogen economy by building up a cross-border hydrogen infrastructure in Bothnian Bay region and an open hydrogen market by 2030. The aim of Nordic Hydrogen Route is to drive decarbonization, support regional green industrialization, economic development, and European energy independence. The companies seek to develop a network of pipelines that would effectively transport energy from producers to consumers to ensure they have access to an open, reliable, and safe hydrogen market. 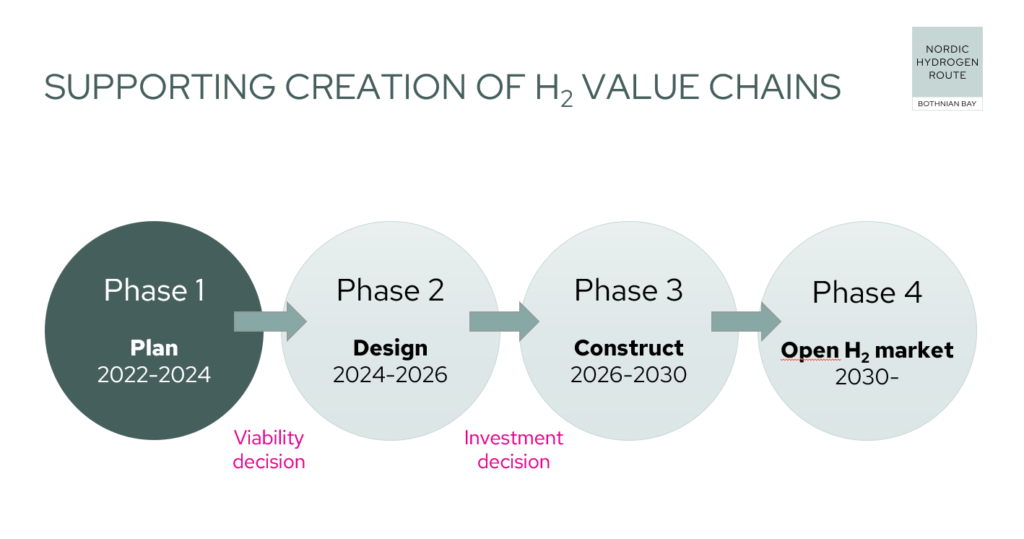